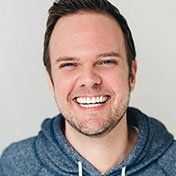 Mark Keller has been working with Children’s Arts Theatre School for over fifteen years. A graduate with honours with a BFA from York University, studying within the Acting program, Mark has worked in a variety of facets within the performing arts. From stage managing fringe shows, to being artistic director of an Australian Regional dance competition, and being featured in a number of commercials, short films, and theatre productions. He took a year off from CATS to work and live in Australia, where he worked for a prominent theatre, wrote articles for a large website, even booking an ad campaign for an Australian bug spray! Mark truly loves helping children work towards their artistic goals. 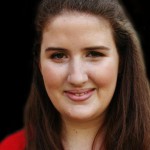 Emily Harrison Smith has been with CATS for many years. She started out as a student, and became a member of staff eight years ago. Emily hopes to obtain her B.Ed after completing her undergraduate studies in Leadership in Early Childhood Education at George Brown College. She has volunteered her time in various classrooms, and gained valuable experience. Emily is looking forward to being a part of the drama department again. Emily enjoys working with each and every child at CATS! 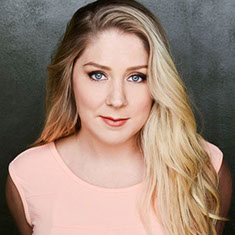 Sarah McGowan is a Honours graduate in Performing Arts from Brock University (’11), and also a graduate in Musical Theatre from Randolph Academy for the Performing Arts (’13). She has been involved in the arts her entire life, whether through dancing for 18 years, or in theatre productions through all of her school years, such as Love You To Death: A Murder Myster ('16), Elvis and Dick: The Musical ('15), Legally Blonde: The Musical ('13), If We Were Birds ('13), Urinetown ('11), Footloose ('10), and The Wiz ('07) to name a few. She has had the privilege to partake in many productions throughout Toronto including her latest performance in Saucy Jack and the Space Vixens ('18). She taught beginner jazz and ballet dance when she was a senior through her dance studio in London ON. She has also had many summer vacations working as a Drama Camp Counsellor with weekly productions. This is her 4th year with CATS, at the Danforth Saturday location, and is most excited to be involved in this years production as her classes have been working so very hard for so far! 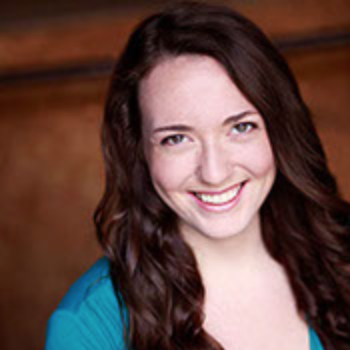 Naomi Peltz is an actor, singer, and improviser. She studied at the Randolph Academy for Performing Arts and the Second City Training Center. Naomi has been seen in such shows as Guys & Dolls, FoxFinder, Obeah Opera, Straight Up, On the Rocks, and Evidence to the Contrary to name a few. This past year she has had the opportunity to live and work abroad, first in China followed by Italy. In Italy she taught English Theatre to her students and in China she helped build a theatre program. This fall she is happy to be back in Toronto, where she will be workshopping a new play called, The Departure Train, as well as producing Benefits Lapsed. She can’t wait to see what adventures the future holds. 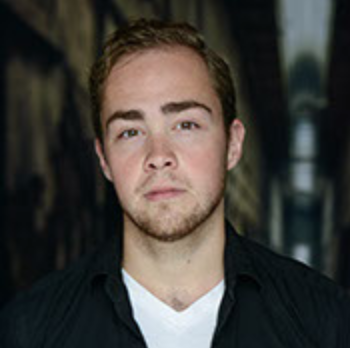 Thomas Putman is a professional actor, singer and educator working in Toronto. He graduated from the Randolph Academy for the Performing Arts' Triple Threat program before obtaining his Master of Arts from the Royal Conservatoire of Scotland. Thomas is the front man and lead vocalist of The Nova Sounds, of whom was voted “Best of Toronto, 2017” by Toronto Life Magazine. From private classes/lessons, to drama camps, to Shakespearean workshops and more, Thomas has been teaching and educating for nearly a decade. Thomas loves teaching with Children Art's Theatre School and is ecstatic to be a part of the next generation of creativity. 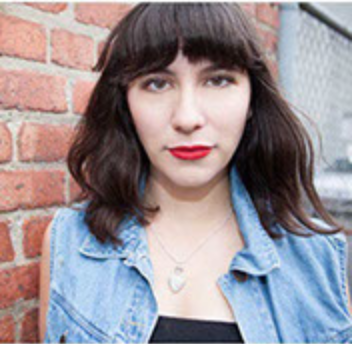 Noémi has been teaching drama and voice, both private and group classes, around Toronto for a few years ever since returning from 2 years teaching at the Stardust Academy in Amman, Jordan. She has also been a director, musical director and accompanist and she plays with various bands around Toronto. Noémi is a graduate of the Randolph Academy for the Performing Arts College Program as well the University of Ottawa's Music Program. She's looking forward to joining the CATS team for her second year. 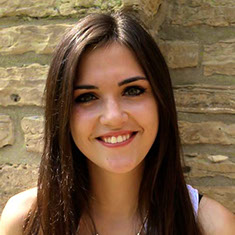 Sara has been a part of CATS for several years, beginning by participating in many CATS Mainstage productions. This year will be her sixth year as a counsellor at CATS camp, and she is looking forward to taking on the role of Camp Coordinator. Sara has just completed her BaH at Queen’s University in history and film. She hopes to soon continue in film studies and begin hands-on experience. She is looking forward to seeing returning CATS campers and meeting all the new ones as well! Sara can’t wait for another great summer at CATS camp! 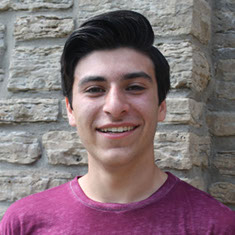 Jamie Nicholson is thrilled to be teaching again this year. He is a graduate of Etobicoke School of the Arts where he majored in musical theatre. He was a member of SPLASH, Canada’s top show choir, competing in Show Choir Canada, Can-Am and FAME USA National Championships. He is also a music journalist for Revibe magazine. Jamie attended the University of Guelph for Food Science. He looks forward to another great year at CATS. 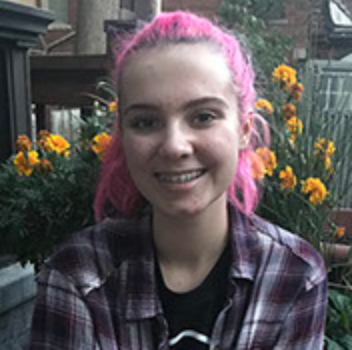 Ruth has been acting since she was five years old and has been performing at CATS for six years. She’s been a CIT and summer camp for two years, but this is her first year working with CATS. She’s currently in Grade 10 at Etobicoke School of the Arts in the film program. CATS has always been the highlight of Ruth’s year and she’s very excited to be working this year. 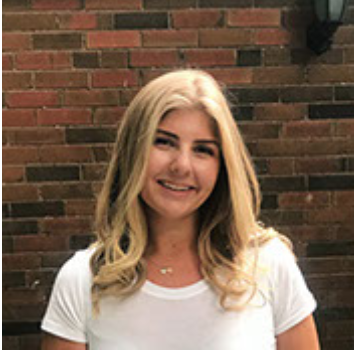 Arianne is thrilled to be back and teaching with CATS this year! Arianne has been an assistant teacher a counsellor for the past 10 years, and a student since she was three. She has also been an actor in several CATS Mainstage productions. Arianne has a Honors Bachelor of Science in Cell and Molecular Biology from the University of Toronto and has been working at Fidelity Investments in the mutual funds industry for the past two years. Arianne is currently completing a post graduate degree in Public Relations from Humber College. She is so excited to help the kids put on a fantastic production! 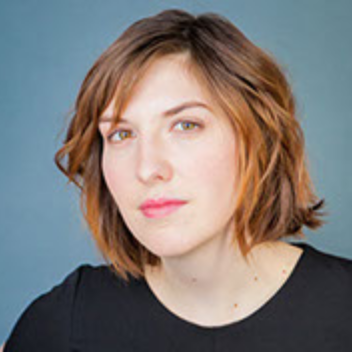 Mani Eustis (Magdalene Adele Yingling Eustis) is a Toronto based Theatre Artist and Educator. She is the artistic director and founder of Fancy Bits Theatre, a company that is committed to producing all-female comedic shows in interesting and immersive spaces. She is the co-creator and performer of the musical We Wrote This, which won Best Musical at the 2014 Atlantic Fringe Festival. With her degree in Performance Acting from Ryerson Theatre School, she has trained in various theatre techniques including: Clown, Uta Hagen, Chekov, viewpoints, mask work and shakespearean text. She has worked in live theatre, commercials, and short films, starring in Left Hook, which premiered at Tiff Lightbox Cinema as a part of the 2016 Inside Out Toronto LGBT Film Festival. Mani Eustis for the past 5 years has taught drama, music, and visual art to school-aged children throughout the GTA. She is excited to be joining the CATs Team and looks forward to the fall term ahead. 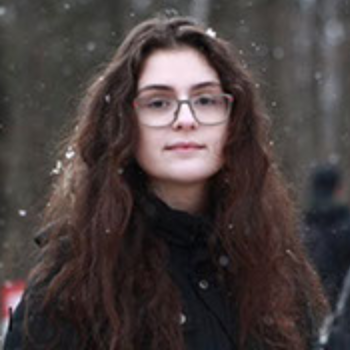 Labrini Fotos is currently a performance arts student at Wexford Collegiate School for the Arts. She’s started in Wexford’s Focus and Wonder shows, and was previously a student and volunteer for CATS. After graduation, she plans on attending Ryerson University for Film Studies. This is her first year working with CATS, and she’s excited to start the year. 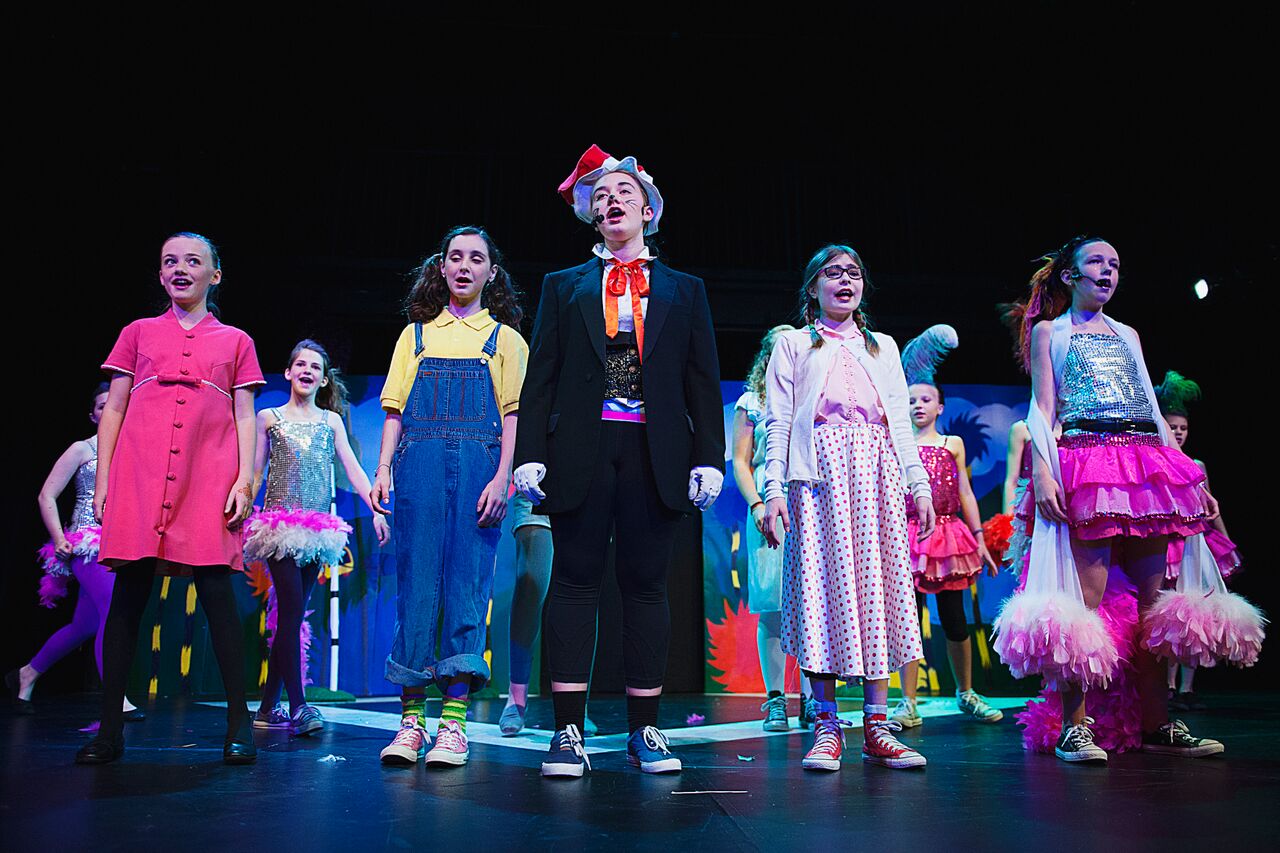 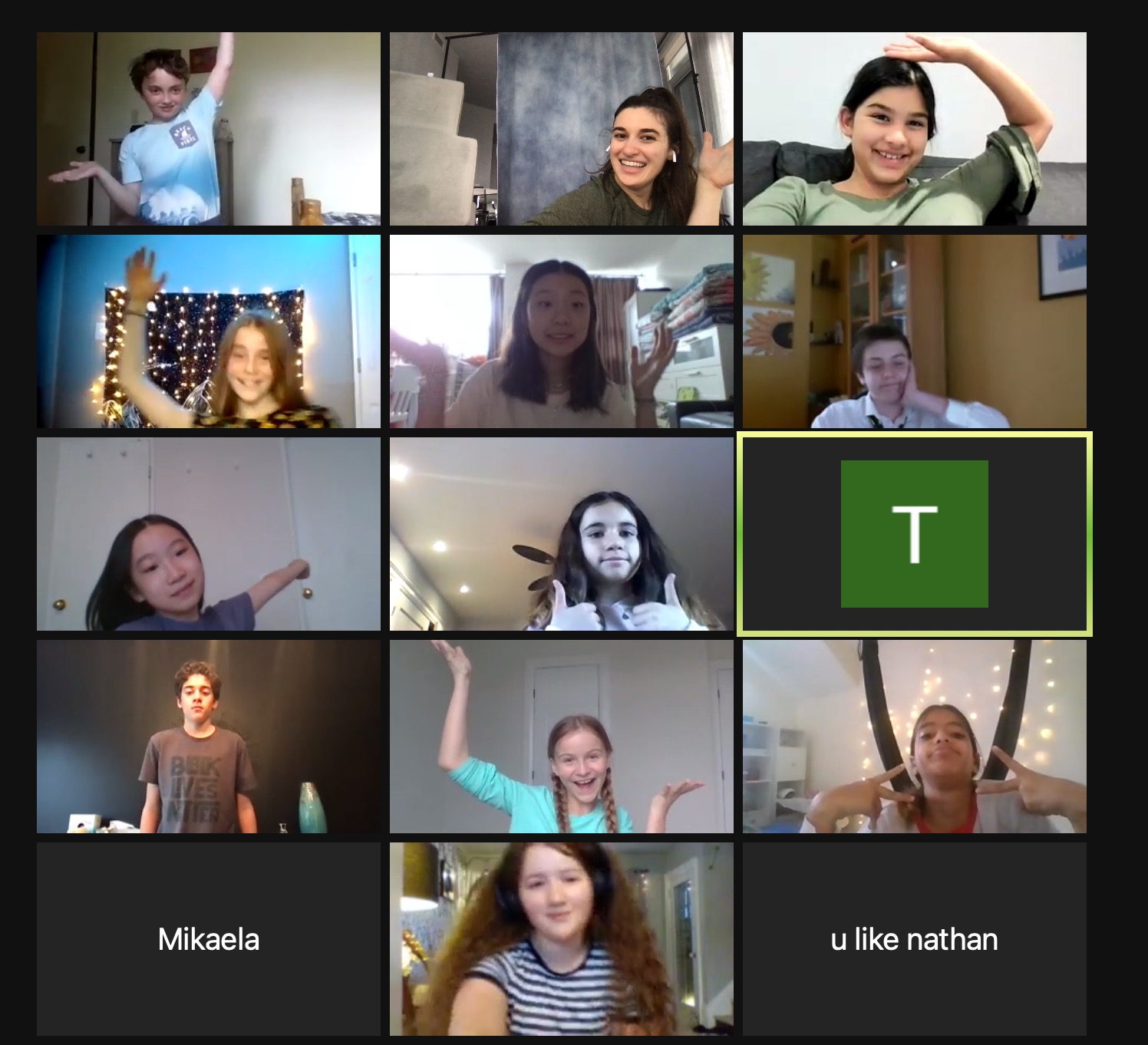 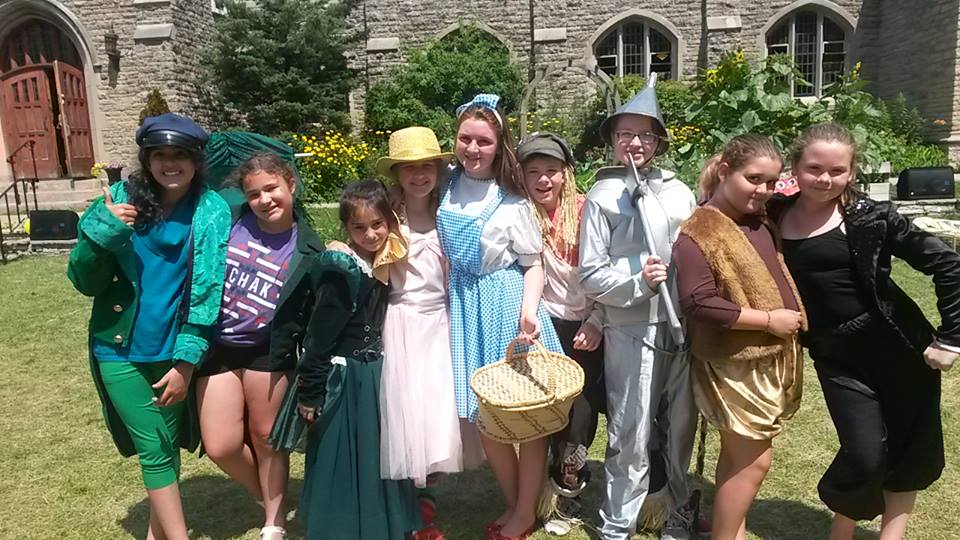 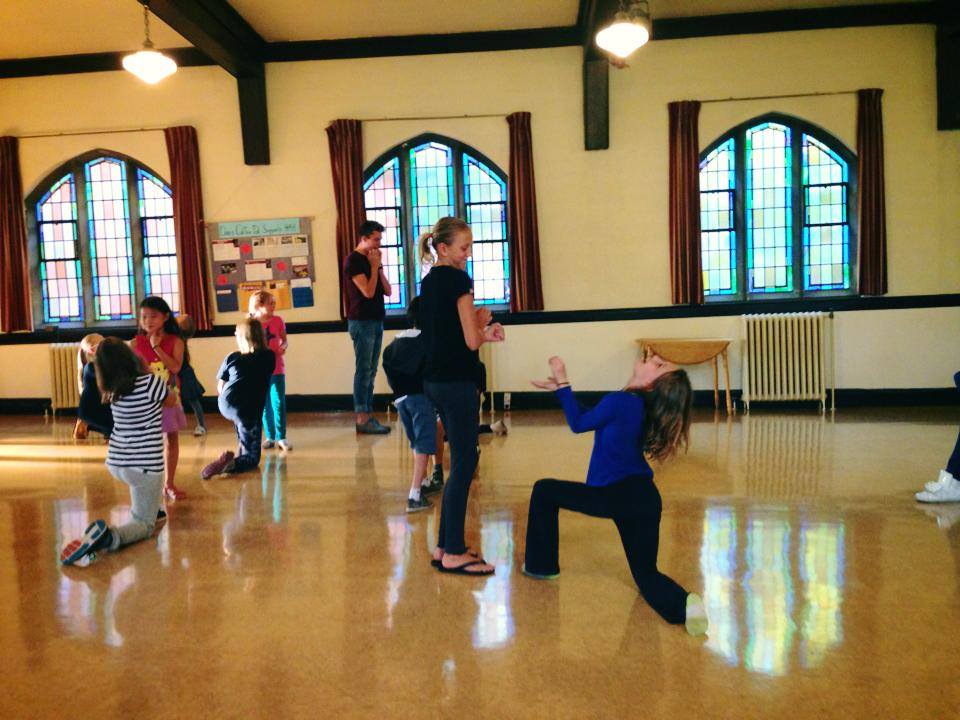 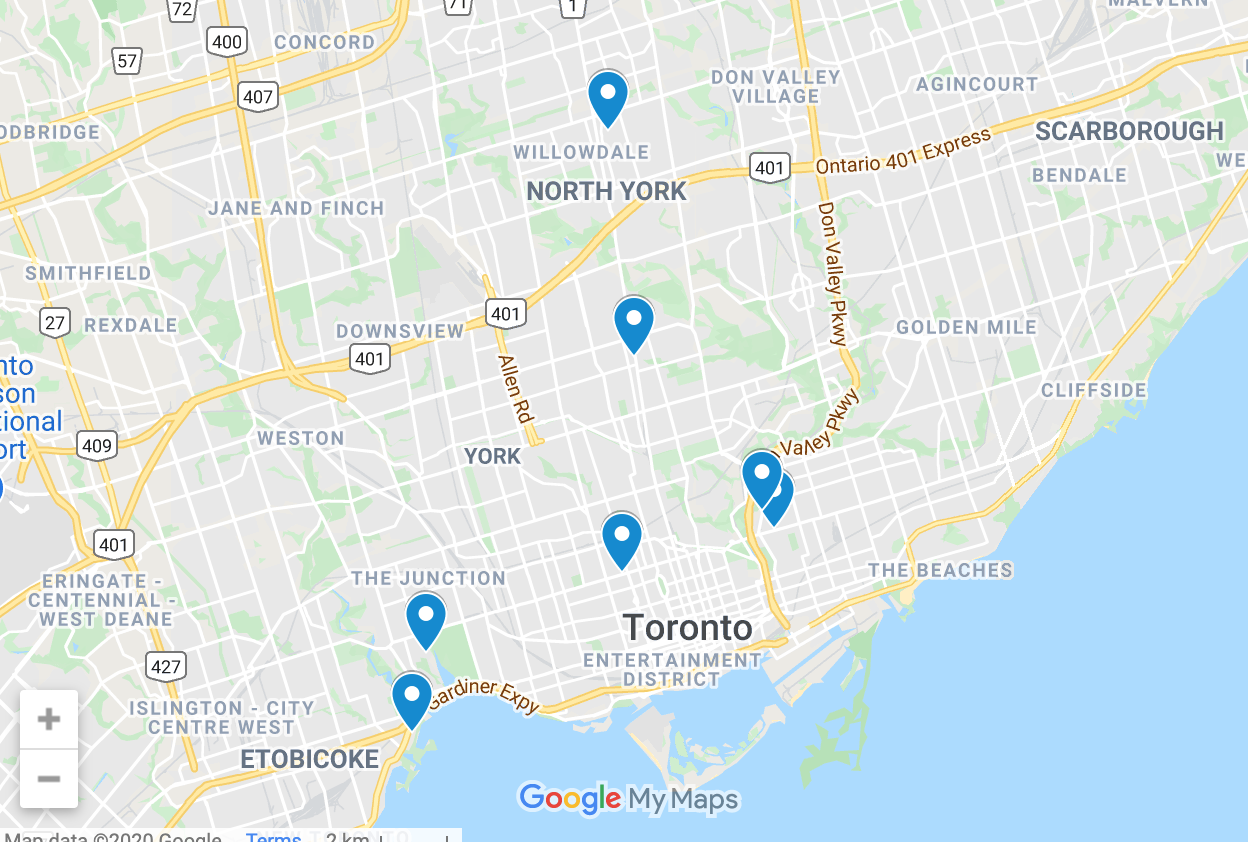